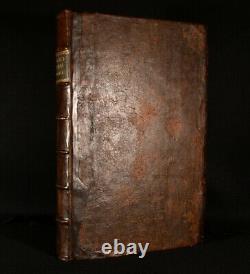 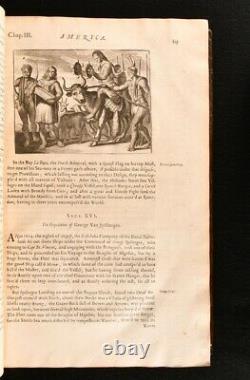 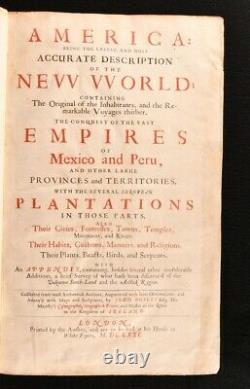 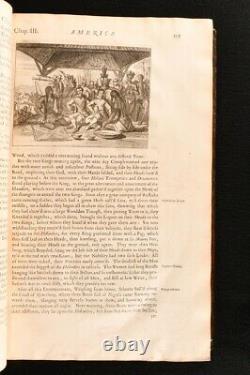 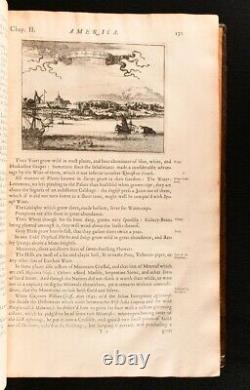 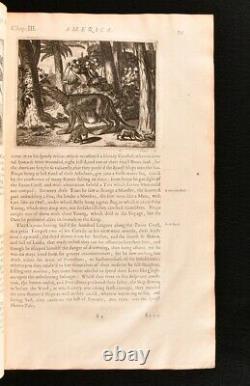 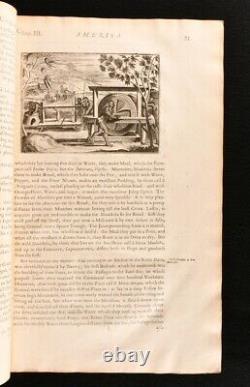 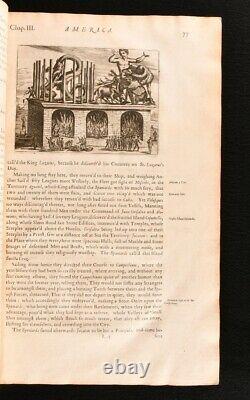 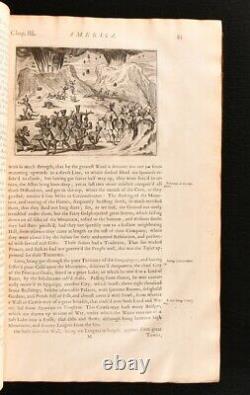 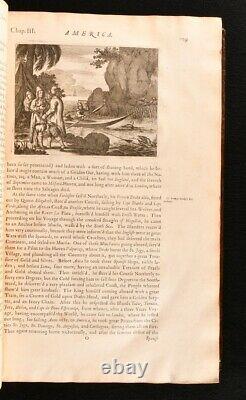 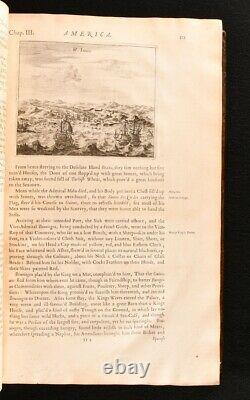 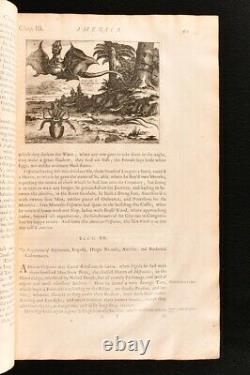 America: Being the Latest, and Most Accurate Description of the New World; Containing the Original of the Inhabitants, and the Remarkable Voyages Thither, the Conquest of the Vast Empires of Mexico and Peru, and Other Large Provinces and Territories, With the Several European Plantations in Those Parts. Also Their Cities, Fortresses, Towns, Temples, Mountains, and Rivers. Their Plants, Beasts, Birds, and Serpents.

With an Appendix, Containing, Besides Several Other Considerable Additions, a Brief Survey of What Hath Been Discover'd of the Unknown South-Land and the Arctick Region. The first edition, second issue, of John Ogilby's influential and monumental atlas of America, an early travel work about the Americas. First Edition, Illustrated, Leather Binding. This book weighs 5 KG when packed.

Illustrated with a frontispiece, and sixty-six in-text engravings. The first edition, second issue of this work. The engraved frontispiece has been misbound, the reverse of the image facing the title page, with the image facing the front endpaper. Register runs as A-K4, L-X6, Y4, Z-Ooo6, Ppp4 Title page printed in red and black. Bound without the folding maps and the fifty-five plates, with evidence of the plates having been excised. The final leaf with directions to the binder for the placing of plates is still present. A remarkable early travel work on America, detailing the parts of America which had English colonies, such as New England. The work is known for having the first extensive account of Maryland, and for being one of the earliest views of New York City. Compiled and illustrated by John Ogilby, a noted Scottish translator and cartographer. He's best known today for these atlases, and for his British road atlas. Bookplate to the reverse of the title page,'Thomas Isted of the Middle Temple Esquire. In a full calf binding, rebacked with the original boards restored. Some rubbing and evidence of former wear to the boards.

Small chips to the margin of leaf Rr4. Small scorch mark to leaf Xx2, not affecting text at all. Fine - Very well preserved copy showing very little wear. Only one or two minor faults, really a very attractive copy. Quite a wide term meaning no major faults but probably several smaller ones. Often expected given the age of the book, but still a respectable copy. Some more serious faults as will.

Be described in the condition report under'condition. Good Only - Meaning one or more faults that could really do with repair. As with good only above but with other faults. Leaving a compromised copy even after repair. Really bad and possibly seriously incomplete.

We only sell books in this condition where their rarity or value makes them. Major defects will be described. Please ask for details and conditions. Please note we cannot accept USD cheques.

The item "1671 America Description of the New World John Ogilby Illustrated 1st" is in sale since Wednesday, November 25, 2020. This item is in the category "Books, Comics & Magazines\Antiquarian & Collectable". The seller is "the-mad-librarian" and is located in Bath. This item can be shipped worldwide.