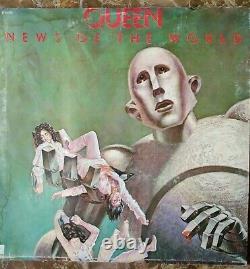 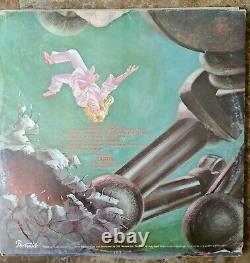 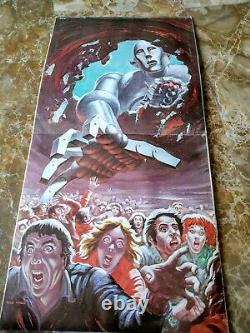 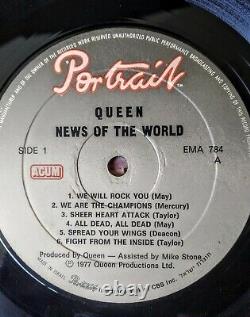 It's one of the most iconic album covers to appear in the 1970s: a giant robot looms over the landscape. In his hand are two figures, broken and bleeding, two others are falling from its grasp.

On on the robot's face is a mournful, tearful expression.... On his fingers is blood. What happened in this futuristic nightmare? Sixth studio album by the popular British rock band. Originally released in 1977, the album features two of the band's biggest singles,'We Will Rock You', written by Brian May and'We Are the Champions', penned by Freddie Mercury.

The seller is "kanaryae" and is located in haifa. This item can be shipped worldwide.